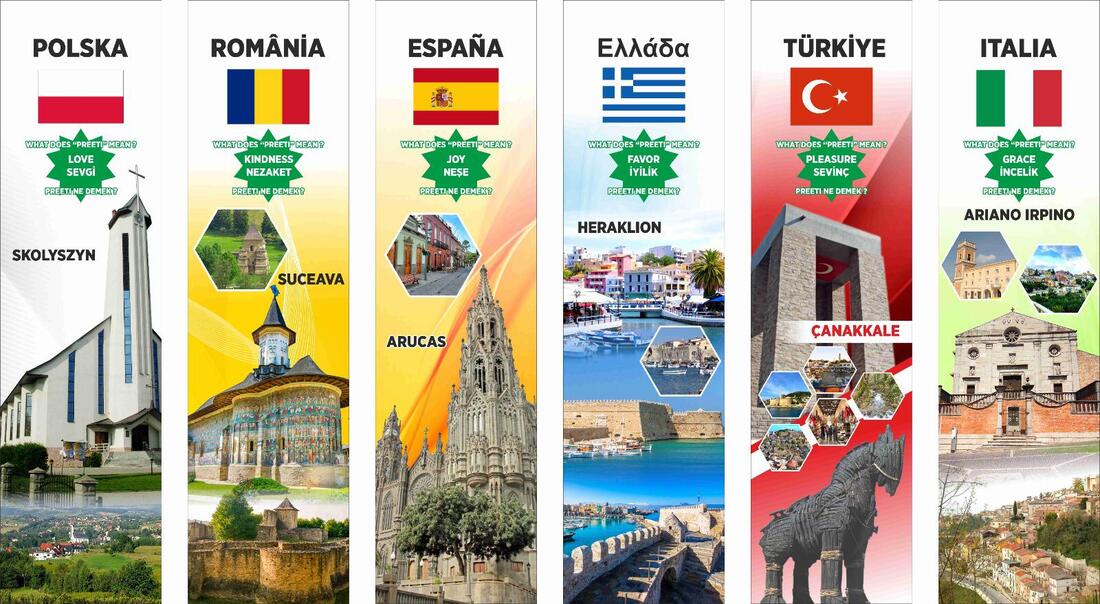 ​IES Santiago Santana Díaz, Arucas, SPAIN
​The distinguishing feature of the project is motivating students' interest in learning foreign languages with particular focus on English thus facilitating their further educational and professional chances on the labor market. The original idea was created by two present schools’ project coordinators (Polish and Turkish), who noticed numerous similarities between languages and the fact that there is a high influence of English and the globalization process on them nowadays and what is more that schools normally don't teach about the history of languages and their influence on other languages.

The project will include those observations into the teaching learning process of languages in partner schools. Part of this work will be done locally and effects will be shared during certain mobilities which would further allow to experience the findings in real life situations. Those activities will combine elements of history of languages and culture taught with involvement of ICTs and social media in an involving and funny way gaining high interest of the project participants.

There is no better way than to organise such activities on an international level allowing to compare the languages with partners having necessary expertise. The project is divided into six stages dealing with certain languages and ways of communication and their influence on other languages (including English as the project language - where necessary): Latin, Turkish, Greek, English, Slavic and extralinguistic communication (secret languages, simplifications and other languages like "textese" or whistling language).

The project authors identified the need to invite partners observing similar needs who would come from home countries for old languages (Greek and Latin), which put together with Turkish greatly contributed to the languages’ development in the past and now there are plenty of words in all languages we use nowadays. The fourth language, which is actually dominating all other languages today is English which is also the language of electronics (software, devices naming etc.) and is the most common language for communication in present world. New words appearing nowadays generally originate from that language and together with the globalisation process are quickly adopted in almost all languages and are often received as their natural parts. We can say that the languages have started getting back together as they share more and more common vocabulary.

What is more, together with the development of social media and instant communicators people started using lots of abbreviated words, which are often accompanied by pictures called emoticons or more and more frequently so-called stickers. Those are commonly understood by all recipients.

Those observations guided partners to invite institutions having some expertise in English and ICTs (Romania) and extralinguistic communication applied in the communication process (Spain) and observing similar educational needs too.